Dr. Mahajan:
As you know, lung cancer is a very deadly disease. It has the highest mortality of any cancers out there, and, frankly, it’s the second most common cancer behind prostate cancer in men and behind breast cancer in women. In 2020, it’s estimated that approximately 228 thousand people will be diagnosed with lung cancer, and approximately 135 thousand people will die from lung cancer. The good news is that our five-year survival outcome with lung cancer is improving. We’ve seen that over the last decade, the five-year survival’s improved from 17.2 percent to 21.7 percent. This is a huge improvement of approximately 26 percent over the last decade. What we end up seeing is that overall, we’re getting better detection and better treatment for lung cancers. At five years, if detected at an early stage, the survival of lung cancer is approximately 57 percent. Unfortunately, if lung cancer is diagnosed in the more late stage, stages III and IV, the survival at five years is approximately only 6 percent.

How are we achieving this improvement? We’re achieving this improvement through early detection and improved therapies. Early detection through low-dose CT screening has really shown us that we can detect these cancers earlier. We’ve seen that through the NSLT trial, there’s a 20 percent improvement in survival compared to chest x-rays with lung cancer screening, and furthermore, the NELSON trial in Europe has shown us that these results are sustainable in the long term after ten years. Additionally, when we look at treatment options, we’ve moved away from just the treatment with traditional platinum-based therapies to more tailored therapies with genetic molecular therapies in addition to immune therapies. Currently, we see that for any patient that has an adenocarcinoma of the lung, the recommendation is to test for EGFR mutations and ALK mutations. This is also indicated for patients with histories of minimal smoking or no smoking. What we are being able to see is that in addition to the, the EGFR and ALK mutation, there are other actionable mutations such as ROS1, BRAF, and MET. Over the last few years, we’ve had great progress with immune therapies and genetic-based therapies, and this has not only improved symptoms with relation to therapy but also disease-free survival. I believe that if we continue to move in this direction, our improvements at five years and survivals will continue to improve, and, frankly, we have a much better chance of beating this disease.

Announcer:
That was Dr. Bobby Mahajan talking about how the management of non-small cell lung cancer has evolved over the years. To revisit any part of this discussion and to access other episodes in this series, visit ReachMD.com/NSCLC, where you can Be Part of the Knowledge.

We’re seeing better detection and treatment of non-small cell lung cancer. How are we achieving this improvement? 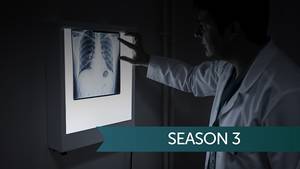 Exploring the Impacts of Race & Bias in Cancer Treatment
UP NEXT...
Investigating a Potential Serum Biomarker for Lung Cancer
CME