Announcer:
Welcome to CME on ReachMD. This activity, entitled “Keeping Pace in Hematologic Malignancies: Novel Targets for Multiple Myeloma” is provided by Prova Education.
Prior to beginning the activity, please be sure to review the faculty and commercial support disclosure statements as well as the learning objectives.

Dr. Rodriguez:
Despite impressive advancements in therapeutic options, most patients with multiple myeloma inevitably relapse. Therefore, the search for treatments with novel targets in multiple myeloma remains an active area of investigation.

This is CME on ReachMD. I'm Dr. Cesar Rodriguez.

Dr. Rodriguez:
Let's get started. With rapid advances in our understanding of the disease pathology, BCL-2 and BCMA are emerging as key targets used for treatment. Amrita, what makes these proteins good targets for relapsed/refractory myeloma?

Dr. Krishnan:
We know that BCL-2 proteins are upregulated and they’re anti-apoptotic, so targeting them specifically in patients with 11;14 allows us to have a biomarker-driven strategy and one with pretty high response rates. BCMA, a different strategy with a cell surface receptor–targeting strategy with multiple different agents targeting BCMA gives us another plethora of options for patients with relapsed disease.
Cesar, can you describe the current landscape of investigational agents targeting BCL-2?

Dr. Rodriguez:
Sure. So BCL-2 is a protein that actually helps prevent cells from dying. And in myeloma, we tend to see an overexpression of this protein on the surface of the cell, like you mentioned.

So, there are new therapies that are being used to try to target this protein that's in the surface of the cell. And one of those agents that is most advanced right now is called venetoclax. This is a therapy that has been studied as a single agent. And the way it works is that it tries to inhibit the expression of BCL-2, which protects the myeloma cell from dying. And that way, it then permits the body to destroy the myeloma cell.

So, as a single agent, we have seen that the patients with myeloma that get treated with this therapy have approximately 20% response rate across the board. But if you have this translocation 11;14, like you mentioned, Amrita, 40% of the patients are actually having a response. And this is quite impressive in people who have been heavily pretreated with an average of approximately five prior lines of therapy. And it's been studied in combination with dexamethasone, which has improved their response rates with an overall response rate of 40% across the board. It's also been studied in combination with proteasome inhibitors like bortezomib and carfilzomib and ixazomib.

There's a phase 3 study, the BELLINI study, that actually compared venetoclax with bortezomib, and dexamethasone. And we see that there is a significant improvement in the response rates in patients who have had this mutation and have relapsed in myeloma.

But those are not the only agents that are being studied at the moment. There's also clinical trials undergoing investigation to see if venetoclax combined with daratumumab and dexamethasone plus/minus pertuzumab, or in combination with pomalidomide, are going to give us better response rates, especially in those who have this mutation of translocation 11;14.

Looking beyond BCL-2, BCMA is also proving to be an effective target in multiple myeloma. Several new immunotherapies targeting BCMA have been developed using different drug classes. Dr. Krishnan, can you tell us about those?

Dr. Krishnan:
We now have several BCMA targeting strategies. The first one that was approved was belantamab mafodotin, which is an antibody drug conjugate so it has a cytotoxic payload of mafodotin attached to an antibody that targets BCMA. And this drug was approved on the basis of the DREAMM-2 study, which was an open-label phase 2 study of 293 patients heavily pretreated, approximately six or seven median prior lines of therapy, and showed a response rate of about 34%. Now, given how heavily pretreated patients were, this was promising. There are unique toxicities because of the cytotoxic payload, the mafodotin, we see ocular toxicity in the majority of patients either keratopathy or decreased visual acuity. And therefore, patients are required to have an eye exam before each dose of belantamab before you can proceed with dosing.

The drugs also being studied in earlier in the course of disease and in combination with already approved agents such as pomalidomide, the ALGONQUIN trial looking at less heavily pretreated patients with who had at least two prior lines of therapies, showed a response rate of about 74% with belantamab was combined with pomalidomide.

Dr. Rodriguez:
For those just tuning in, you're listening to CME on ReachMD. I'm Dr. Cesar Rodriguez, and here with me today is Dr. Amrita Krishnan. We're discussing novel targets for relapsed refractory myeloma that may change the therapeutic landscapes for this patient population.

Dr. Krishnan:
Now, the other BCMA-targeting strategy that's quite far along is the use of BCMA bispecific antibodies. And the one that we've had the most experience with at our institution has been teclistamab, which targets BCMA and also targets CD3, so it is a T-cell activator, basically activating T-cells within the patient's own body. And because of that, you see the usual toxicities of T-cell activation, namely cytokine release and neurologic toxicity. This drug in heavily pretreated patients, a median of six prior lines of therapy, has shown response rates of about 65%, which has been quite exciting. We're still waiting to get a true sense of the durability of those responses. But as the studies mature, we do have patients who have been on therapy for well over a year, suggesting this is another viable BCMA-targeting strategy for our patients.

Dr. Rodriguez:
Sure. Like you mentioned, BCMA is a very attractive target for treating myeloma. And just like the antibody drug conjugates and the bispecific antibodies, there's a different type of immunotherapy that's using BCMA to treat myeloma and that's CAR T therapy, which stands for chimeric antigen receptor T-cell therapy.

There are two CAR Ts that have been FDA approved to treat myeloma. One of them is called ide-cel, and the other one is called cilta-cel. Ide-cel was approved by the FDA last year after the KarMMa 2 study did an investigation on people with heavily pretreated disease and were treated with CAR T, just one time. Up to 74% of the patients had a response. This is a response that had never been seen in patients that were this heavily pretreated. And up to 33% of these patients had a complete remission or even better, which was even more unheard of in people who had had approximately six to seven prior lines of therapy in myeloma.

The other CAR T that just got approved this year is cilta-cel. The CARTITUDE-1 study evaluated this CAR T in patients with myeloma who had had approximately six prior lines of therapy. And 98% of the patients who were treated had a good response. And under those 98%, 80% of these patients achieved a complete remission or better.

So these two CAR T’s have shown an amazing response in people who are heavily pretreated and would have never have expected to have this degree of a response to a single agent therapy.

There's many other clinical trials that are ongoing for CAR T therapy targeting or using BCMA as the target in the myeloma cell. And right now, the two that are FDA approved are being used in patients who have had at least four prior lines of therapy, and have been exposed to a proteosome inhibitor, an immune modulator, and an anti-CD38 targeting agent. There are clinical trials now trying to investigate if we could start using these therapies a little bit earlier, and not have to wait until patients have relapsed so many times.

Now, even though the responses for CAR T have been amazing, we are seeing some side effects that we haven't seen with other therapies for myeloma, mainly CRS and neurotoxicity. So, with CAR T therapy, we have learned and used certain new medications to try to help manage or reduce the severity of these side effects so it could be safely given to patients.

Finally, Amrita, let's briefly touch upon emerging investigational targets. What additional options are on the horizon for this patient population besides what we've talked about?

Dr. Krishnan:
So, certainly BCMA is not the only target and not the only option for patients. And it's exciting that we do have options for patients progressing. So GPRC5D, another receptor expressed on myeloma cells. And the drug, talquetamab has shown response rates of about 60% in heavily pretreated myeloma. We have the target FcRH5, another bispecific antibody, cevostamab, also showing response rates 50 to 60%. And in that trial, patients who have been treated with prior BCMA-targeting strategies were included, and also seemed to show high response rates.

We have gone back to CD38, TAK-573, a CD38 interferon alpha–targeted strategy, showing response rates in patients who have been treated and exposed to daratumumab in the past.

And then oral strategies, CELMoDs, including iberdomide, response rates of about 30% as a single agent, and more promising responses in combination strategies.

And last but not least, the one that was actually the first only approved agent right now on the list I mentioned is selinexor, a nuclear transport protein inhibitor, that is a single agent, has shown responses of 20% in heavily pretreated myeloma and has been used in combination with bortezomib in earlier relapses, as well.

So, before we wrap up, Cesar, can you share your one take-home message with our audience?

Dr. Rodriguez:
I'll focus on BCL-2. BCL-2 family of proteins are key regulators of cell death or apoptosis, and survival of myeloma cells. And BCL-2 inhibitors are a class of drugs with clinical efficacy in patients with relapsed/refractory myeloma, especially those with translocation 11;14.

Dr. Krishnan:
And I'll add my final message. The BCMA is here to stay. And we have multiple BCMA-targeted immunotherapeutic strategies, CAR T, antibody drug conjugates, and bispecific antibodies that have shown remarkable response rates in patients with advanced myeloma. And I'm so excited to have those options available to our patients.

Dr. Rodriguez:
Completely agree. Unfortunately, that's all the time we have today. So, I want to thank our audience for listening in and thank you, Dr. Amrita Krishnan, for joining me and sharing your valuable insights. It was great speaking with you today and hope to see you soon.

Dr. Krishnan:
Thank you, Cesar. Nice to talk to you even though we're on different coasts, it’s always nice to connect.

Announcer:
You have been listening to CME on ReachMD. This activity is provided by Prova Education.

To receive your free CME credit, or to download this activity, go to ReachMD.com/Prova. Thank you for listening.

The management of multiple myeloma is evolving rapidly. Tune in for data on BCL-2 and BCMA-targeting agents with distinct mechanistic strategies.

If you’ve already completed the activity. 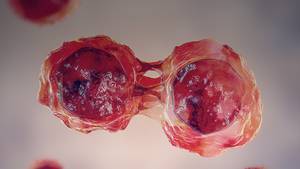