Important new data about both current and novel therapies for patients with multiple myeloma (MM) were presented at the 2022 American Society of Clinical Oncology (ASCO) Annual Meeting. Shaji Kumar, MD, and María-Victoria Mateos, MD, discussed key data and their implications for clinical practice.

Role of ASCT Following Triplet Induction Therapy
The randomized phase 3 DETERMINATION trial evaluated the effect of adding autologous stem cell transplantation (ASCT) to triplet therapy with lenalidomide, bortezomib, and dexamethasone (RVd) followed by lenalidomide maintenance therapy in patients with symptomatic MM. The results, presented at ASCO 2022 and published simultaneously in TheNew England Journal of Medicine (NEJM), showed a significant increase in the risk of progression or death with RVd alone versus ASCT plus RVd (median progression-free survival [PFS], 46.2 vs 67.5 months; hazard ratio, 1.53; P < 0.001) but no significant difference in 5-year overall survival (OS) (79.2% vs 80.7%).1,2

Given the PFS benefit but lack of OS benefit after a median follow-up of 76 months, ASCT continues to be the standard of care, though there is the option to factor in patient preference regarding ASCT as part of first-line therapy. The trial also showed the importance of considering measurable residual disease (MRD) assessments, as there was no significant difference in 5-year PFS between RVd alone and ASCT plus RVd among patients with undetectable MRD (59.2% vs 53.5%).

GRIFFIN Update: MRD Outcomes
In the randomized phase 2 GRIFFIN trial, the addition of daratumumab to RVd induction and consolidation and lenalidomide maintenance was associated with a significant improvement in the stringent complete response (sCR) rate in transplant-eligible patients with newly diagnosed MM.4 Rates of undetectable MRD were also higher with daratumumab plus RVd versus RVd at the end of consolidation (47% vs 17%) and at the last follow-up (51% vs 20%).4 At ASCO 2022, Rodriguez and colleagues presented results of a post hoc analysis showing that rates of sustained undetectable MRD (10-5) were higher with daratumumab plus RVd versus RVd for responses lasting at least 6 months and at least 12 months (Figure 1).5 The high rates of MRD negativity will hopefully translate to a better PFS in future analyses. These findings suggest that sustained MRD could be an important surrogate marker in MM and may support increased use of this quadruplet regimen pending more mature data. 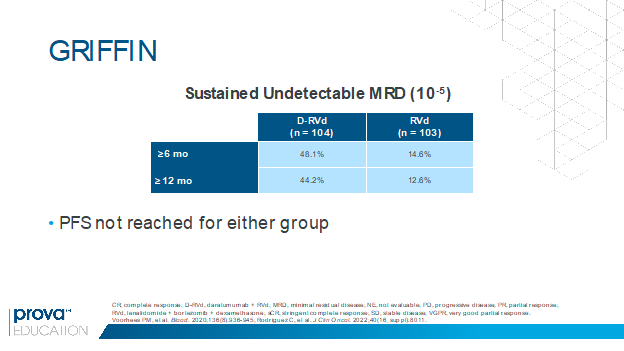 Figure 1. Higher rates of sustained undetectable MRD with daratumumab plus RVd vs RVd in the GRIFFIN trial.5

Teclistamab in R/R MM
Teclistamab is a T cell-redirecting bispecific antibody directed against CD3 on T cells and B cell maturation antigen (BCMA) expressed on myeloma cells. Teclistamab is currently being evaluated in the phase 1/2 MajesTEC-1 trial in patients with relapsed/refractory MM (RRMM) after at least 3 lines of therapy including triple-class exposure to an immunomodulatory drug, a proteasome inhibitor, and an anti-CD38 antibody. At ASCO 2022, and in a simultaneous NEJMpublication, investigators reported an update from the trial.6,7 The analysis included 165 patients who received teclistamab and had a median of 5 prior lines of therapy; 78% of these patients had triple-class refractory disease. After a median follow-up of 14 months, teclistamab was associated with an overall response rate (ORR) of 63.0%, including 39.4% with a complete response (CR) or better. The median duration of response was 18.4 months, and the median PFS was 11.3 months.6,7

The safety profile was acceptable; however, most patients developed cytokine release syndrome (72%; 0.6% grade 3 and no grade 4) and hematologic adverse events, including neutropenia (70.9%; 64.2% grade 3/4), anemia (52.1%; 37.0% grade 3/4), and thrombocytopenia (40.0%; 21.2% grade 3/4). Infections occurred in 76.4% of patients, with 44.8% developing grade 3/4 infections. Prophylaxis may be needed to protect patients from serious infections. Overall, these findings support the use of teclistamab if it receives FDA approval. The randomized phase 3 MajesTEC-3 trial is currently comparing teclistamab plus daratumumab versus daratumumab plus pomalidomide and dexamethasone (DPd) or daratumumab plus bortezomib and dexamethasone (DVd) in patients with RRMM after 1-3 lines of prior therapy.8

Although the MajesTEC-1 trial does not include a control arm, a comparison of outcomes among 150 patients who received teclistamab in the MajesTEC-1 trial and 248 patients from the real-world observational LocoMMotion trial suggests that teclistamab is more effective than physician’s choice of available therapy as assessed by response rates, OS, PFS, and duration of response.9

Idecabtagene Vicleucel
Several important analyses were presented at ASCO 2022 that provided additional information about idecabtagene vicleucel (ide-cel), 1 of the 2 BCMA-targeted chimeric antigen receptor (CAR) T cell therapies that is approved for use in patients with RRMM after at least 4 prior lines of therapy including a proteasome inhibitor, an immunomodulatory drug, and an anti-CD38 monoclonal antibody. Hansen and colleagues presented results of a retrospective, observational real-world analysis of 196 patients with MM who received ide-cel at 1 of 11 US medical centers.10 Among 196 treated patients, ide-cel was associated with a best ORR of 86%, similar to results in the pivotal KarMMA trial (73% ORR).11 The median PFS was 8.9 months, and median OS was not reached after a median follow-up of 5.3 months. Results were similar to those in the KarMMa trial, even though 77% of patients would not have been eligible for the KarMMa trial. PFS outcomes were significantly worse among patients not meeting the KarMMa-1 criteria, highlighting the importance of reviewing real-world evidence.

Rytlewski and colleagues presented results of a correlative analysis undertaken to identify patient profiles associated with less favorable vs more favorable manufacturing outcomes and clinical endpoints among patients with relapsed/refractory multiple myeloma receiving ide-cel in the KarMMa trial and in Cohort 1 of KarMMa-2 .12 The analysis identified a common profile among patients more likely to have favorable manufacturing and efficacy outcomes, which included a lower tumor burden, higher starting lymphocyte count, and favorable previous exposure to select therapies. These types of correlative studies are important when trying to select the right patient for these therapies.

Ciltacabtagene Autoleucel
New information was also presented on the second FDA-approved BCMA CAR T therapy, ciltacabtagene autoleucel (cilta-cel). CARTITUDE-2 is a multicohort study evaluating cilta-cel in different patient populations. At ASCO 2022, Einsele and colleagues presented correlative analyses and updated data from the CARTITUDE-2 Cohort A, including 20 patients with 1-3 prior lines of therapy who were lenalidomide refractory and had a median follow-up of 17.1 months.13 In the analysis, cilta-cel was associated with an ORR of 95%, with 90% of patients attaining a CR or better. These data are particularly relevant given that the ongoing phase 3 CARTITUDE-4 trial (NCT04181827) is comparing cilta-cel with the standard of care regimens of daratumumab, pomalidomide, and dexamethasone (DPd) and pomalidomide, bortezomib, and dexamethasone (PVd) in this patient population.

Another CARTITUDE-2 presentation focused on Cohort B, which included 19 patients with early relapse after initial therapy with a proteasome inhibitor and an immunomodulatory agent. Early relapse was defined as progression within 12 months after ASCT or within 12 months from the start of therapy for patients who have not had an ASCT. After a median follow-up of 13.4 months, data were available for 19 patients.14 Even in this high-risk population, cilta-cel was associated with an ORR of 100%, including 90% with CR or better. MRD negativity was attained in 14 of 15 evaluable patients (93%). The investigators noted that the safety profile was manageable and predictable, including for the single patient treated in an outpatient setting.

As we continue to learn more from these studies, we will be able to select the most appropriate therapy for each patient based on underlying clinical characteristics and other factors. BCMA-targeted CAR T therapy is expected to move to earlier lines of therapy. The additional knowledge gained from the real-world experience with these therapies as they are being used today will also contribute to improved outcomes for patients treated with CAR T therapy.

Take-Home Messages
The treatment landscape for patients with MM is evolving rapidly in both the newly diagnosed and relapsed/refractory settings. For patients with newly diagnosed MM, mature data from the GRIFFIN trial have demonstrated high rates of MRD negativity with the quadruplet regimen of daratumumab plus RVD; this will likely translate to better long-term outcomes. We have also now seen data from the DETERMINATION trial supporting the continued use of ASCT as part of the standard therapy for MM in eligible patients.

For the growing number of patients who have already received the 3 main drug classes—proteasome inhibitors, immunomodulatory agents, and anti-CD38 monoclonal antibodies—there is a need for additional therapeutic options. BCMA-targeted therapies are showing an ability to cover this unmet need with bispecific antibodies as well as CAR T therapies. It would be logical to see BCMA-targeted therapies move rapidly to earlier lines of therapy.

What’s new in multiple myeloma? Find out about the latest data released at ASCO 2022 with this recap of our experts’ perspectives.

If you’ve already completed the activity. 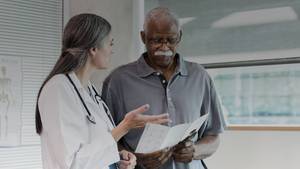