Announcer:
Welcome to CME on ReachMD. This episode is part of our MinuteCME curriculum.

Prior to beginning the activity, please be sure to review the faculty and commercial support disclosure statements as well as the learning objectives.

Dr. Koshkin:
Hello everyone, my name is Vadim Koshkin. I'm a genitourinary medical oncologist and assistant professor at the University of California, San Francisco. This is episode one, why are Nectin-4 and Trop-2 important targets in urothelial cancer? To start out, here is the landscape for recent drug approvals in metastatic urothelial cancer, or actually all drug approvals going back to the late '70s when cisplatin-based regimens first started to be used. There was not a lot of progress really until the middle of last decade. When in 2016 and 2017, a number of immune checkpoint inhibitors were approved. And then starting in 2019, a number of antibody-drug conjugates and other targeted drugs were approved as well. And it's really just highlights the dramatic progress that we've made in this field over the past several years.

Here's the current treatment landscape in metastatic urothelial carcinoma. Most patients upfront are divided into those who are eligible for cisplatin, ineligible for cisplatin but eligible for other platinum-based chemotherapy like carboplatin, and those who are platinum ineligible. Most patients receive platinum-based chemotherapy upfront and then most receive immune checkpoint inhibitors after that either as switch maintenance treatment or for platinum refractory disease. Consequently, in the first two lines, most patients receive platinum-based chemo and an immune checkpoint inhibitor. Beyond that, that is when antibody-drug conjugates mostly are used. And we have pretty good data for enfortumab vedotin, which we'll address in future episodes, but also sacituzumab govitecan. And I should also point out that for a molecularly selected patient population of patients with FGFR, two or three alterations. Erdafitnib is also available.

Here's the basic breakdown of an antibody-drug conjugate. These are complex drugs and that they consist of an antibody that targets a specific antigen on the cancer cell. And then they're linked to a payload chemotherapy via a linker which is usually a cleavable linker. And so there are a number of ways in which this complex structure both affects their efficacy and also can affect resistance mechanisms that build up to these drugs.

Enfortumab vedotin is of course an antibody-drug conjugates with targets Nectin-4, protein overexpressed on urothelial cancer cells. And it combines an antibody against Nectin-4 via a protease-cleavable linker with MMAE, which is a microtubule disrupting agent, basically a taxane agent. Enfortumab was first approved for the treatment of refractory urothelial cancer in 2019. So it's been about three years now.

So sacituzumab govitecan is a humanized anti-Trop-2 antibody, which is very specific for Trop-2, which is also protein overexpressed on urothelial cancer cells. It is linked via hydrolyzable linker to a payload of SN-38, which is a topoisomerase inhibitor and very similar to irinotecan. And this particular drug has a higher ratio of payload drug to antibody than the enfortumab I mentioned earlier. Sacituzumab received accelerated approval, accelerated FDA approval, I should say, for this treatment of platinum and immunotherapy refractory metastatic urothelial cancer in April of 2021. So it has been in use for almost two years now.

Here's the basic comparison of enfortumab and sacituzumab, the two antibody-drug conjugates we use the most in metastatic urothelial cancer. The targets are different. Again, it's Nectin-4 for enfortumab, Trop-2 for sacituzumab. This potentially affects some of the toxicities of the drugs, for instance, because Nectin-4 is expressed in the skin as well. That accounts for some of the skin toxicities we see within enfortumab. The linkers are different between the two drugs as well. Enfortumab vedotin has a protease cleavable linker, sacituzumab hydrolyzable linker. The payload is different. Again, the enfortumab vedotin payload is MMAE, which is a taxing microtubule disrupting agent. Versus sacituzumab, the payload chemotherapy is SN-38, which is a topoisomerase inhibitor. Both drugs were initially approved in the treatment population of patients previously exposed to platinum and then immune checkpoint inhibitor. The label for enfortumab vedotin, however, was subsequently expanded to include the patients who only received one line of therapy. So technically can be used for patients post single line of therapy now. Response rate to enfortumab vedotin is around 40, 41% in the post chemo-immunotherapy space versus sacituzumab that is somewhat lower 27%. Though it is again challenging to compare these two clinical trials and different populations included in these clinical trials.

Finally, I will mention a bit about future antibody-drug conjugates in metastatic urothelial carcinoma. One potential important target that has emerged is HER2. This is of course a protein that is expressed on a number of other cancers such as breast cancer and gastric cancers. And there are other drugs that are actually now used to target it such as trastuzumab. But the novel antibody-drug conjugate targeting HER2 is known as the disitamab vedotin or RC48. It is an anti-HER2 antibody which attaches to HER2 in a different place than essentially trastuzumab does. And it has a payload of MMAE, which is similar, again, or actually the same payload that enfortumab has. Another antibody-drug conjugate that has been in clinical trials is trastuzumab deruxtecan, also an anti-HER2 antibody with a topoisomerase 1 payload. So a different antibody, they'll targeting the same target and a different payload. It is of course an important question of how the percentage of tumors in metastatic urothelial cancer and it actually express HER2. Overall, this is estimated to be 35 to 40%, based on available literature, and probably about 15% of patients are high expressors. But there are ongoing studies to further define the true prevalence of this.

Finally, just to discuss a bit more about the disitamab vedotin, which is the new HER2 targeting antibody-drug conjugate. There is promising data for clinical trials in China that was presented at the recent ASCO 2022 conference. Promising data both as monotherapy and in combination with immune checkpoint inhibitors. Currently, there are ongoing global phase two and phase three studies that are accruing both as monotherapy of this drug and in combination with immune checkpoint inhibitors. And there is in fact pretty promising data suggesting this combination may be active, which we will discuss in future episodes as well. For now, this concludes the current episode. Thank you for your attention.

Announcer:
You have been listening to CME on ReachMD.  This activity is jointly provided by Global Learning Collaborative (GLC) and TotalCME, Inc. and is part of our MinuteCME curriculum.

To receive your free CME credit, or to download this activity, go to ReachMD.com/CME. Thank you for listening. 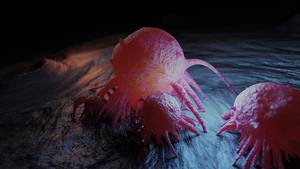 Emerging Iberdomide-Based Combinations in Multiple Myeloma
UP NEXT...
Breast Basics 101: What Every Woman Should Know About Breast Cancer Risk, Screening, & Detection
CME