Dr. Gandara:
ASCO, this year, 2021, had a lot of important studies in non-small cell lung cancer, in particular. I think the most important, because of the potential impact, is a trial called EMPOWER-010, which was adjuvant therapy atezolizumab, the checkpoint inhibitor in patients after surgery for stage Ib, stage II, or stage III non-small cell lung cancer. And the data were very positive for the primary endpoint of disease-free survival in the stage II and III population. And this is what’s called hierarchal testing. So, that was the first group to be tested. And the disease-free survival was very positive.

They then tested disease-free survival in the population that regardless of PDL1 status with stage II and III, that was also positive. And then the last they couldn’t assess and that’s the overall population including the stage I because there weren’t enough events, yet. The drug was well-tolerated and I think this will likely result in an FDA approval, and again it really changes the paradigm. For twenty years, we’ve only had adjuvant, platinum-based chemotherapy in post-surgical adjuvant treatment. Last year, we had the addition of osimertinib for patients that have EGFR-mutated lung cancer and then now based on this trial likely to have approval of a checkpoint inhibitor in this same space.

The second study, which I think was a very important update is PACIFIC, that is chemotherapy/radiation followed by consolidation durvalumab in stage III, unresectable non-small cell lung cancer. And this update was five-year survival durvalumab versus placebo. And the data showed that over 40 percent of the patients were still alive with durvalumab compared to around 30 percent in the control arm. And the disease-free survival showed that about one-third of the patients still had not relapsed. So, this is an important update. It shows we are probably curing a higher proportion of patients with consolidation durvalumab. But what the abstract did not say is what was the update on CNS recurrence, what was the update on patients with EGFR-mutated disease, or those with PDL1-0, those are important subsets, as well.

The EMPOWER 010 I think will be the greatest impact in patients with non-small cell lung cancer because it will add immunotherapy to what we already have, which is platinum chemotherapy. And then for the relatively small set with EGFR-mutated disease, we now have adjuvant osimertinib. So, this is an important addition which should affect, depending on what the approval status is, a very large proportion of our patients.

Announcer:
This program was sponsored by Lilly. To revisit any part of this discussion and to access other episodes in
this series, visit ReachMD.com/ProjectOncology where you can Be Part of the Knowledge. Thanks
for listening.

Take a look at some of the latest developments in non-small cell lung cancer. 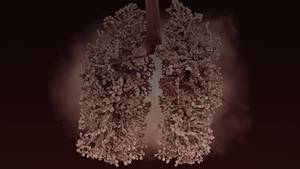 Enhancing the Patient Colonoscopy Journey: Factors That Can Influence the Patient Experience
UP NEXT...
Nutrition & Breast Cancer Risk: Connecting the Dots with Emerging Evidence
CME