Bits from “Bullets and Brains”: The Challenge of Healing After a Headshot

Bits from “Bullets and Brains”: The Challenge of Healing After a Headshot

Dr. Wilner:
You’re listening to Book Club on ReachMD. I’m Dr. Andrew Wilner, and today I’ll be reviewing one of the more than 100 essays from my book, Bullets and Brains.

Of the 103 essays in the book, I think the one that appeals to me most is the one that lent its title to the title of the book, and that’s Bullets and Brains. This is an essay about the time when Congresswoman Gabrielle Giffords was shot in the head in January, on January 8, 2011. And I remember, there was a lot of reporting in the news about how wonderful it was that she was immediately brought to surgery, within 38 minutes after the shooting, and that there were world-famous neurosurgeons there who were going to help her. And I remember being struck that this was really the wrong story, because yes, it was true her evacuation to the hospital was quick and there were very competent people going to take care of her, but in fact, a bullet wound to the head is so serious that we have very little to offer. In fact, there’s been almost no improvement in the treatment of such a severe brain injury in—well, since World War II and maybe back to the Civil War, if you exclude antibiotics. I mean, all the neurosurgeon really does is clean the wound, take out pieces of bone, dirt, fish out the bullet if it’s still there and put in antibiotics and stop the bleeding. I mean, that’s all very important, but it really doesn’t help very much.

And the sequela of brain injury is really horrible. I’ve seen so many patients in rehabilitation after brain injury, and the healing is weeks, to months, to years, and usually incomplete. And when I wrote this essay on January 11, 2011, just a few days after the shooting, I predicted that Gabrielle Giffords would never recover sufficiently to regain her post as congresswoman, and indeed, that’s what happened; a year later, she resigned. She had persistent neurologic deficits, losing about half of her vision, having paralysis of her right arm, trouble walking and trouble speaking, all of this in the face of recovering, one would say, as well as anyone possibly could. She was enormously motivated and participated in rehab for months, and she is a poster child for how one can rehabilitate, and yet, the devastation of a bullet to the brain is formidable.

So, that’s the first essay, that the brain is really a very delicate organ that we should treasure and protect.

For more information on my book, Bullets and Brains, and to access other episodes of this series, visit ReachMD.com/BookClub where you can be Part of the Knowledge. For ReachMD, I’m Dr. Andrew Wilner. Thanks for listening.

A bullet to the brain is a condition that’s not easy to bounce back from, as this case of an almost-fatal shooting of a former congresswoman shows. 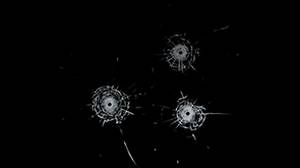