Evaluating Biomarkers at Work in NSCLC

Evaluating Biomarkers at Work in NSCLC

Dr. Sands:
Welcome to Project Oncology on ReachMD. I’m Dr. Jacob Sands, and I recently had the chance to catch up with Dr. Mark Awad, a Thoracic Medical Oncologist and Clinical Director of the Lowe Center for Thoracic Oncology at the Dana-Farber Cancer Institute. Here’s Dr. Awad talking about biomarkers in non-small cell lung cancer.

We know a few things. We know that there are certain clinical factors in lung cancer that predict for greater likelihood of a response to immunotherapy such as smoking status where individuals who’ve had a history of current or former tobacco use are more likely to benefit from immunotherapy than never smokers, for example. In terms of histologic or genomic biomarkers, PDL1 is still the only commonly clinically used biomarker in most practices where we use immunohistochemical staining, typically on tumor cells although there’ve been some studies on immune cell staining.

But one of the challenges I think with PDL1 or other biomarkers that we’ll chat about is that these are scored on a continuous scale or a semi-continuous scale where PDL1 expression on tumor cells ranges from 0 to 100%, which is a little bit different from other biomarkers we use in lung cancer, such as mutation status, which we think of more as binary, either at lung cancer has an EGFR mutation, or does not have and EGFR mutation. By contrast, PDL1 ranges from 0 to close to 100% and so, we use these bins or buckets of expression, and most practices will divide it into three big categories, which is greater than or equal to 50% expression on tumor cells, or 1 to 49% or less than 1%. But what we think is that even within those categories, there’s likely some still predictive nature to differences in PDL1 levels within those ranges. So for example, a lung cancer with a

PDL1 of 9, level of 95%, probably does better with immunotherapy than a PDL1 below 50%. And we’ve shown that in a multi-center retrospective analysis. We’re working with the FDA to look at pooled prospective clinical trials that have been reported to see if this finding holds up. And so we think that PDL1 should be reported as semi-quantitatively or quantitatively as possible. Sometimes we see these pathology reports that say PDL1 is positive or negative or greater than 50% or greater than 1% without further specifying the actual level of the PDL1 expression. But we think that’s important for our pathologists to report as accurately as possible, because it does seem to influence the likelihood of response to immunotherapy.

Tumor mutational burden, or TMB, has been a bit more challenging to incorporate into routine clinical practice in part because it’s a complicated biomarker and we don’t yet know how well it will fit into the decision-making day-to-day in routine clinical practice. The concept being that the higher the number of somatic mutations within a lung cancer, whether that’s due to tobacco use or other factors, makes the tumor look more foreign to the body’s immune system compared to a normal cell relative to a lung cancer, say from a never smoker which has a bit of a quieter cancer genome, in other words, not that many mutations. And we think that a higher tumor mutational burden presents more unique neo-antigens on the cell surface through the MHC molecules depending on the patients HLA haplotype and those neo-antigens or those new mutations are what the immune system is recognizing when a patient is responding to immunotherapy. Again, tumor mutational burden is a continuous biomarker and we can see quite a range in TMB across different non-small cell lung cancers.

And another challenge is that each different platform reports a different scale for TMB, so how do we compare tumor mutational burden whether the test was done at one center or another academic center or a one industry or another company. It’s been difficult to look at these questions, or merge data across institutions when institutions are using different platforms to assess TMB. And so we and others have really been working to try to develop tools to harmonize tumor mutational burden across different platforms, such that smaller data sets of individual sites or within an individual institution can be merged so that you can incorporate tumor mutational burden analysis on top of PDL1 and on top of other factors to help predict when cancer is or is not likely to respond to immunotherapy. So it’s something that we check and is reported on, and increasing number of commercially-available sequencing platforms, but I think it’s been complicated to figure out how well to use it in a routine clinical practice.

We’re also looking at various immunologic factors, using techniques like multiplex immunofluorescence to quantify the number of immune cells and also the types of immune cells that are present at that either within the tumor, intra-tumorly, or at the tumor stromal interface to see if that will help predict response or resistance to immunotherapy.

And so this is an exciting and important field but also quite challenging with a number of complicated biomarkers for us to work together to learn how best to incorporate these into our routine practice.

Dr. Sands:
That was Dr. Mark Awad from the Dana-Farber Cancer Institute talking about biomarkers in non-small cell lung cancer. For ReachMD, I’m Dr. Jacob Sands. To hear my full conversation with Dr. Awad and to find other episodes in this series, visit ReachMD.com/ProjectOncology, where you can Be Part of the Knowledge. Thanks for listening!

What are some of the challenges that come with using biomarkers to treat non-small cell lung cancer?

How ADCs Are Transforming HER2+ Metastatic Breast Cancer: Discover the Latest Clinical Trend 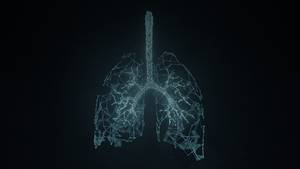 How ADCs Are Transforming HER2+ Metastatic Breast Cancer: Discover the Latest Clinical Trend
UP NEXT...
Understanding Updates in Lung Cancer Screening
CME