Led by Dr. Miguel Angel Villalona-Calero from the City of Hope Comprehensive Cancer Center, the session titled “Novel Initiatives to Address Disparities in Cancer” at the 2021 American Society of Clinical Oncology (ASCO) Annual Meeting featured six presentations focusing on the racial disparities that are often seen in cancer care and clinical trials as well as the opioid epidemic.

Here’s a recap of those presentations.

On a national level, Black participants only comprise 5 percent of cancer clinical trial enrollments. This disparity is especially jarring considering that there’s higher incidence and rates of cancer mortality among Black patients.

To help address this gap, the ACC organized a dual approach comprised of community outreach and enrollment initiatives. Some of the community-based strategy goals included:

Despite limitations like the fact that the ACC only focused on the Philadelphia area, Dr. Vonderheide believes that multifaceted community and center-based engagement initiatives can encourage clinical trial enrollment and resolve gaps in access to care.

Although racial disparities in lung cancer surgery have been well described and persistent for more than 20 years, very little has been done to address them.

That’s why Dr. Jacob N. Stein and his team from the UNC Lineberger Comprehensive Cancer Center organized the Accountability for Cancer Care Through Undoing Racism and Equity (ACCURE) intervention.

Developed through a community-academic partnership, ACCURE was tested in a pragmatic trial and comparison arms to determine the intervention’s ability to reduce time to surgery through the following strategies:

Through the above strategies, Dr. Stein found that ACCURE eliminated time-to-treatment disparities in that the rates of surgery within 8 weeks improved for both Black and white patients with early-stage lung cancer, proving that there are ways to improve equity in timely lung cancer care. This is especially important since delays in treatment are associated with disease progression, upstaging, and worse survival.

Joining the session to help drive the importance of Drs. Vonderheide and Stein’s work was medical oncologist Dr. Christopher Lathan from the Dana Farber Cancer Institute. Dr. Lathan began by summarizing the three key themes from the first two presentations:

Dr. Lathan acknowledged that while cancer diagnosis and treatment is complex, patients with the most disease burden tend to have the most restrictions, which makes equitable cancer care access and inclusive clinical trials all the more important.

He then concluded by emphasizing that oncologists need to hold their institutions accountable by supporting the implementation of interventions—like the one ACC organized and ACCURE—that turn words into actions that have impact.

Switching gears from racial disparities to the opioid epidemic, resident physician in the Department of Radiation Oncology at Stanford University Dr. Mallika Marar discussed her recent study that was developed in response to policies that have been implemented to curb high-risk opioid prescribing, such as the Veteran’s Health Administration (VHA) Opioid Safety Initiative (OSI).

To find out the impact of the OSI on opioid prescribing patterns and opioid-related toxicity among patients undergoing cancer treatment, this study examined 42,064 opioid-naïve patients with cancer who were treated at the VHA between January 2011 and December 2016.

Below is an overview of the results based on the primary and secondary outcomes:

These results show that the OSI implementation was associated with a decreasing incidence of new and persistent opioid prescriptions. It was also associated with an increase in pain-related ED visits, but according to Dr. Marar, more research is needed on patient-centered outcomes.

New and persistent opioid use has been noted following most surgical procedures, and the risk of chronic use has been shown to be higher based on the duration of the initial prescription. But Dr. Jason Riccuiti from the Department of Gynecologic Oncology at Roswell Park Comprehensive Cancer Center believed there was an opportunity for change.

So he and his team designed a study that aimed to demonstrate that postsurgical acute pain can be effectively managed across different surgical specialties with a reduced number of opioids.

As part of a restrictive opioid prescribing protocol (ROPP), provider-directed interventions were implemented, including modifications to the EHR interface, pharmacy review before discharge, and performance insights compared to other peers, along with patient-directed interventions, such as pre-op counseling, educational videos, and post-op surveys.

As a result of these physician- and patient-directed interventions, Dr. Riccuiti found:

Based on the above findings, Dr. Riccuiti concluded by saying that the implementation of protocols like ROPP are possible and that they result in significant decreases in prescribed opioids without impacting patient outcomes.

The Opioid Epidemic: Tailoring Narcotic Availability for Patients with Cancer

Rounding out the session was Dr. Chad Brummett, who’s one of the Co-Directors of the Opioid Prescribing Engagement Network (OPEN) at the University of Michigan. To help explain why this focus on the opioid epidemic is so important for oncologists, Dr. Brummett quoted the statistic that 19 percent of breast cancer patients undergoing curative surgery become new or persistent opioid users, which is a trend seen across other types of cancers as well.

And while Dr. Brummett can understand why surgeons tend to prescribe so much as they’re concerned about refill rates and patient satisfaction, he turned to the results from the previous sessions given by Drs. Marar and Riccuiti, which showed that the amount of opioids prescribed after surgery did not have any impact on patient satisfaction or refill rates.

Regardless of whether a presenter was speaking on racial disparities or the opioid epidemic, a common theme throughout the “Novel Initiatives to Address Disparities in Cancer” session was the importance of keeping in mind the person behind the patient at all times.

What insights and initiatives from the 2021 ASCO annual meeting can help us address racial disparities in cancer care and the opioid epidemic? 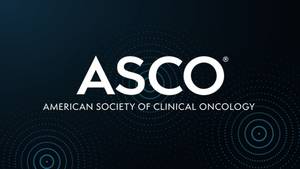