DR. SABA:
Welcome to Project Oncology on ReachMD. I’m Dr. Nabil Saba, and on this episode, I’ll be sharing some of the key takeaways in head and neck cancer from the 2021 European Society of Medical Oncology, the ESMO Congress.

So, at the ESMO 2021, the main trial that was reported is the CheckMate 651 clinical trial. Unfortunately, those were disappointing results for this much-awaited trial. The trial was conceived at the time when the EXTREME regimen was considered the standard of care and accrued at a later stage after the KEYNOTE-048 trial completed accrual and was reported. The KEYNOTE-048 trial randomized patients to the EXTREME regimen versus single agent pembrolizumab versus pembro and chemo and has become the standard of care after both the pembro and chemo arms superseded the EXTREME as far as efficacy in terms of overall survival, as well as the pembro arm specifically for the CPS more than one group.

And so, based on this, the EXTREME trial was compared in CheckMate 651 to a combination of nivolumab and ipilimumab and, unfortunately, the results were negative. The main reason of why the results were negative on the CheckMate 651 is because by the time this trial was accruing, patients on the control arm had access to immune checkpoint inhibitors, namely, two approved agents pembrolizumab as well as nivolumab.

And so essentially what we were comparing to nivolumab and ipilimumab was not exactly EXTREME, but it was EXTREME with added immunotherapy, albeit in the sequential setting, following failure of EXTREME. There was a substantial number of patients on Checkmate 651, who basically had access to immunotherapy following progression on EXTREME. I think it was close to a little more than 40 percent.

What was impressive in CheckMate 651 is the duration of response on the immunotherapy arm, which was close really to 17 months, which is impressive versus 6 months in the EXTREME regimen. And the duration of response for the group that was CPS more than 20 was close to 33 months with an overall response rate that was also very impressive, close to 30 percent. Let's remember this as an immunotherapy-only arm. As far as the second trial that was of interest at ESMO is the GORTEC REACH study. To remind people, this is a Phase 3 trial of avelumab and cetuximab in combination with radiation, versus the standard of care in locally advanced disease. It included two randomizations. One group was for cisplatin-fit patients, and the second group was cisplatin-unfit patients. And a reminder here that, previously we had seen the results of the pembrolizumab radiation versus cetuximab radiation from the same group and that did not show any significant advantage to the checkpoint inhibitor compared to the EGFR inhibitor in combination with radiation.

And in the latest update at ESMO 21, it seemed that for the cisplatin-fit cohort, the avelumab/cetuximab did somewhat worse than the platinum radiation group. There was also no difference in progression-free survival, between avelumab/cetuximab versus cetuximab. This trial is again telling us that the combination of at least avelumab as an agent with radiation therapy is a losing proposition in head and neck cancer.

This is telling us that the standard of care in the first-line recurrent metastatic setting will remain to be based on the KEYNOTE 048 study. Again, this does not negate nivo and ipi as an active regimen in metastatic head and neck cancer. And I think the question will be, would some investigators or some clinicians gravitate towards the combination of nivolumab and ipilimumab, given the approval of this combination and other diseases, such as lung cancer? And so would that be considered another option to be offered to patients remains to be seen. However,  it's safe to say that following the ESMO meeting, the standard of care for first-line  recurrent metastatic head and neck cancer patients remains to be based on the KEYNOTE 048 results.

For ReachMD, I'm Dr. Nabil Saba. To access this episode and others in our series, visit ReachMD.com/ProjectOncology, where you can Be Part of the Knowledge. And thank you for listening.

Couldn’t attend the 2021 European Society of Medical Oncology Conference? Here’s a recap of key research and findings on head and neck cancer. 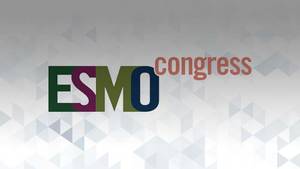